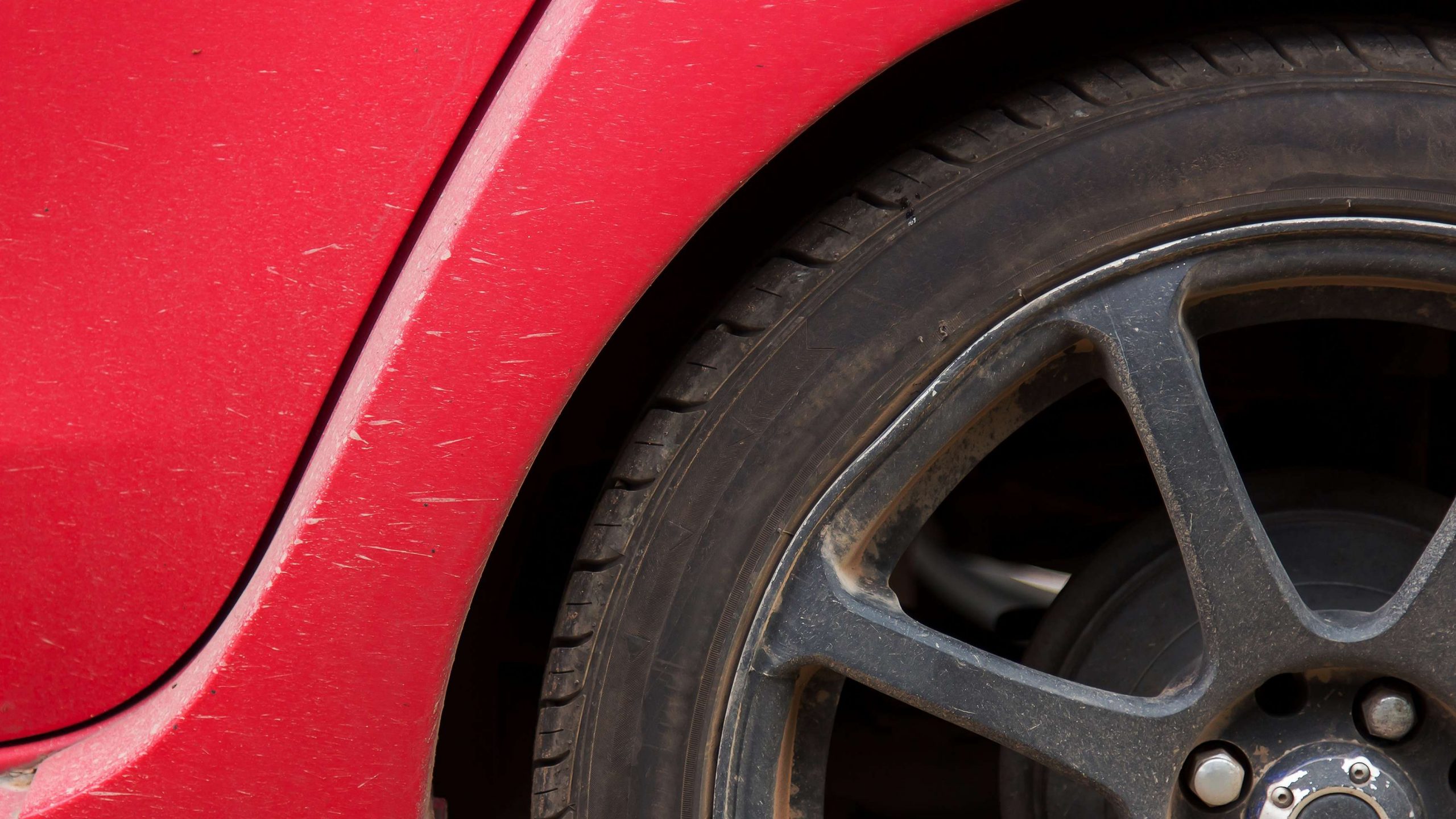 It’s very common for your vehicle’s wheels to get rusty, with the passage of time. Don’t worry though; you can get rid of all the rust, by yourself, in most cases. In this article, we suggest a few different ways you can get rid of rust with the use of some simple materials. We’ll also discuss how to replace a rusty tire rim, in case it cannot be salvaged.

First of all, you should know that rust is created by the reaction of iron and oxygen when there is water or high air humidity around them; it’s a chemical reaction called oxidization. It does not have an immediate impact on a wheel’s performance. But, if it stays there long enough, it will eventually corrode the metal parts of the wheel; and eventually turn them into a pile of rust. In addition, it might affect your tires as well.

Tires need the rim to be in a good condition for optimal performance. This is why it’s important to remove the rust when you first notice it. There are multiple ways to remove rust from a tire — or a rim, rather. These methods vary, depending on how much the rust has progressed; and the overall condition of your wheels, of course.

You can start by removing the wheel

If you feel like most of your tire rim is covered in rust, perhaps it’s time to remove it and inspect it for structural issues. Before you start removing the wheel, you should make sure that your parking brakes are engaged and you’ve placed wedges at the wheels on the opposite side of the rusty one. Then you can use your jack to lift the vehicle. Otherwise, you’ll have trouble removing the wheel or you may even cause some damage.

If you have trouble unscrewing the bolts on the wheel, due to excessive presence of rust, you can try covering them in rust penetrating oil or spray for a few minutes, before trying again. If the problem persists, there are other ways to remove the wheel such as hitting the bolts with a hammer.

However, if you are not experienced with such procedures, it would be much safer to just take your vehicle to your trusted repair shop. Let them handle it for you. Once you have the wheel removed, you can investigate the parts for any rusty areas and get rid of them. Perhaps, even give the wheel a paint job, for preservation.

Simple materials can do the job

In case rust has just made its appearance on your wheel or if it’s still at an early stage, you will probably be able to remove it, with some hot water, degreasing soap and a brush. A good way to start would be to cover the wheel with the hot soapy water first . After a few minutes you can start brushing the rust away.

An alternative to soap can be white vinegar. The process is the same, just cover the rust-infected area and then start scrubbing. However keep in mind that you might need to leave the vinegar on the surfaces for around half an hour. If the rust does not go away easily, you may want to consider a harder brush.

If the method with the soap described above proves ineffective, you can try applying a liberal amount of rust penetrating spray. The process is not very different, either. You just have to cover the rusty area of your wheel with the spray. Give it a few minutes to start penetrating the rust and then you can start scrubbing the area.

When you are finally done with removing the rust from your rusty tire rims, you can wash the soap or oil off. Then, cover the exposed areas with some protective coat of paint. This substance can be found either in the form of a dye or in the form of a spray; and it strongly helps in preserving the parts of your once rusty tire rim clean and rust-free for a long period of time.